The Glastonbury Neighbourhood Plan Steering Group held a public consultation over a weekend in October 2016 with over 500 people attending over two sessions. Local people were invited to share their knowledge and experience of the history and character of the area. A number of key considerations emerged from the consultation which has informed the group and assisted them in identifying areas of further focus.

The points raised have each been further explored. Where further understanding is required, questions included in the recently distributed questionnaire delivered to every residential address in Glastonbury.

Glastonbury’s heritage is deep, well researched and an inspiration to many. Heritage is factual, whereas character can be influenced. It is most important through this Neighbourhood Plan that any amendments to the character of Glastonbury are fully researched and carefully implemented. An example would include retaining appropriate street furniture of a design and style that fits with portraying Glastonbury in the best possible way. The design and location of new dwellings is another example where residents can influence Glastonbury’s character.

The Neighbourhood Plan process encourages the review of community buildings with the intention of improving facilities, or perhaps determining the additional need within a community for certain types of building. In Glastonbury, the consultation process was used to determine the future use of St Dunstan’s House which was purchased by the Town Council and completed in May 2016.

A weekend was set aside in October 2016 for comprehensive consultation which included the opportunity to walk around St Dunstan’s House. The consultation identified that many people wanted to create a hub for the sharing of information. This challenge was accepted by the Town Council and during 2017, the conversion of the front of the property to an Information Centre was completed. 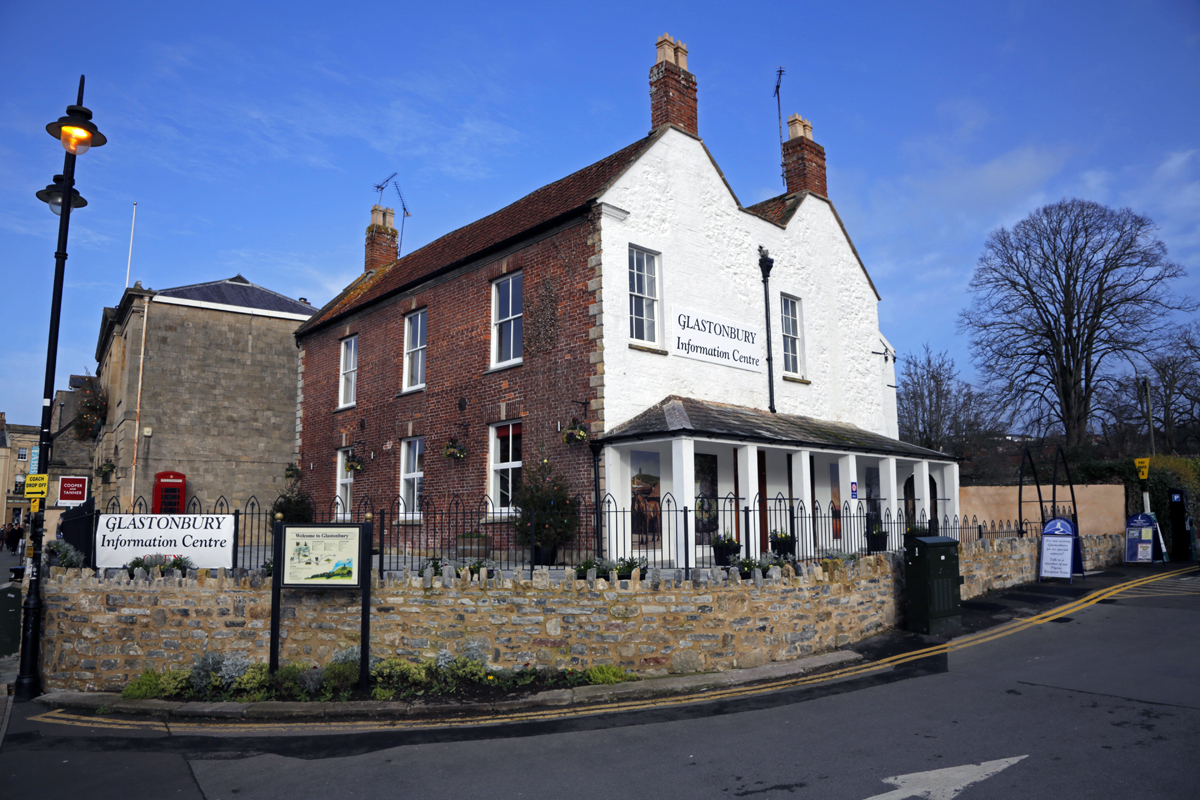 The new facility is now the operating hub for the Tourist Information Centre, Pilgrim Reception Centre and the front office reception for the Town Council. A Community Interest Company (CIC) has been set up to ensure that each of the organisations are formally represented. The building is open daily and is currently operating under the winter opening hours of 10.00am – 4.00pm Monday – Saturday and 11.00am – 3.00pm on a Sunday.

During the summer, the intention is to use the front of the building where there is a piazza type area for public art, theatre and music.

Find us on Social Media